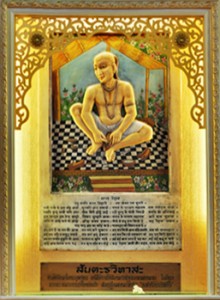 Bhakt Raidaas (or Ravidaas) was a cobbler by profession. Hence people belonging to other higher professions always tried to condemn and challenge his devotion but they were always humiliated. Once Bhakta Raidaas sent one paiee (paiee was the smallest fraction of a rupee in the olden days) as an offering to the holy Ganges – when his cent was being offered, Ganga appeared in the form of a woman’s hand and accepted the cent. The Brahmin who was offering Bhakt Raidaas’ got really startled by this incident. It further proves that the rivers Yamuna and Ganges are indeed holy and blessed ones.